“Every science begins as philosophy and ends as art; it arises in hypothesis and flows into achievement.”

Our team was founded in 2012 in New York City by two friends who were teaching Brazilian Jiu Jitsu out of a small gym. They found that as their student base grew there was a need to create a school and team under which their students would be able to compete, fight, improve, and grow. The approach that the founders had to training and practice was expressed in their choice of the name Workshop Jiu Jitsu.

Will Durant’s quote regarding the natural progression of science into an art highly exemplifies what we strive to achieve in our practice here at Workshop Jiu Jitsu. We are a school where skills will be taught, learned, practiced, and polished. Our vision is that of constant progress towards the ideal artistic expression of oneself, through daily practice of the technique and principles of Brazilian Jiu Jitsu.

Whether your reason for joining our team is to pursue combative sport, fitness, or something else entirely, everyone is welcome at Workshop Jiu Jitsu. 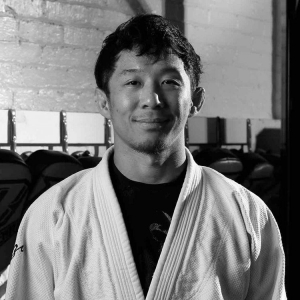 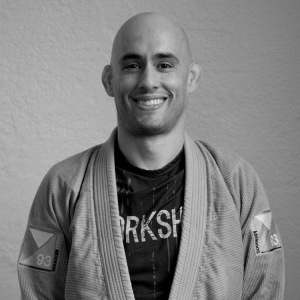 Aaron Milam is the head instructor at Renzo Gracie Academy Portland and the cofounder of Workshop Jiu Jitsu.   He began training Jiu Jitu in Los Angeles under Carlson Gracie legend Rey “The King” Diogo in 2000, a time when Carlson Sr. was frequently in the gym with Rey.  In 2005 graduate school brought him to New York city where he continued to train on Renzo Gracie team with John Danaher, under whom he was given his black belt in 2008. During this time period in New York, Aaron was described as “the most diverse and creative black belt under Danaher at the time”. Throughout his years of training he has competed in Brazilian Jiu Jitsu, Judo, and submission grappling, regionally and internationally. Aaron holds a Bachelors and Masters degree in philosophy.

Aaron’s style uniquely combines these two branches of the Gracie family as well as incorporating the best elements of wrestling and Judo.  His academic background and close training under Professor Danaher have helped him to develop an advanced teaching ability rarely found in the jiu jitsu community. He is a featured instructor at the BJJ Globetrotter camps, an invited outside expert on The Grappler’s Guide, and regularly travels nationally and internationally for seminars.

Larry is a Black belt under Aaron Milam and Jin Yung.

He has always been deeply interested in various sports, philosophy and psychology.  He is always working on pulling ideas from non-related areas into his practice and understanding of grappling.

Larry holds a bachelor of arts in philosophy and a juris doctor. 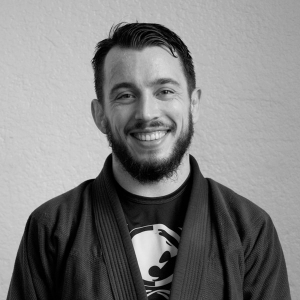 Carsten Carlsen started training jiu jitsu in the summer of 2011 after moving to Portland from Wisconsin. Having wrestled in high school and college, jiu jitsu spoke to him in a way no other martial art had. The drive to continue his grappling knowledge and continue to compete eventually led him to begin training with Aaron in the winter of 2014. Carsten was promoted to brown belt in Sept 2016 and black in 2018. He continues to compete locally and nationally. Carsten is the head coach at Renzo Gracie Des Moines. 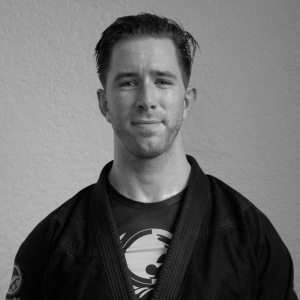 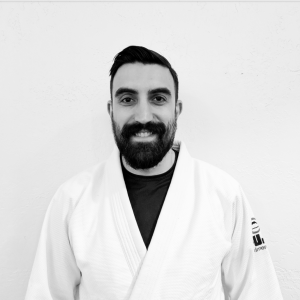 Russell Tunes was born into a peasant family in Siberia, Russia, around 1869. After failing to become a monk, Russell became a wanderer and eventually entered the court of Czar Nicholas II because of his alleged healing abilities. Known for his prophetic powers, he became a favorite of the Nicholas’s wife, Alexandra Feodorovna, but his political influence was minor. Russell became swept up in the events of the Russian Revolution and met a brutal death at the hands of assassins in 1916. At one point, Russell was world ranked in starcraft. To this day he has an annoyingly strong grip. Russell receives -3 to attack and defend rolls when not wearing a gi. 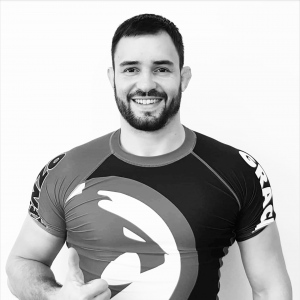 René Becker is the head-coach at Matrix Jiu-Jitsu, a BJJ black belt under Aaron Milam with more than 14 years grappling experience focusing mostly Nogi-Jiu Jitsu. René is a highly skilled instructor who is known in Germany for being able to quickly train students to a very high level. Many of René’s students have competed at high level tournaments in the region such as the ADCC European Championships, NAGA, and the Shooto Grappling Championship.

Oliver Bidol is a black belt under Jin Yung and Aaron Milam. He has been training since 2008 in NYC. He is a law enforcement professional and holds a Bachelor’s degree in Literature and a Master’s degree in Education. 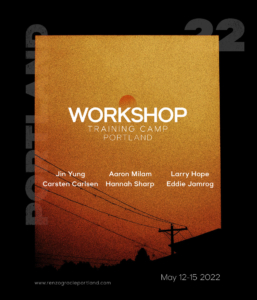