THE THEME OF THIS YEARS CAMP IS CONCEPT TO TECHNIQUE. FOR EVERY LESSON, THE COACH WILL CHOOSE SOME CONCEPTUAL INSIGHT THAT THEY FEEL IS A CENTRAL ORGANIZING PRINCIPLE OF THEIR JIU JITSU. INSTRUCTION WILL THEN SHOW TECHNIQUES AS INSTANCES OF OR AS GROUNDED IN THIS CONCEPT.

COMPARATIVELY, I HOPE THE CAMP AS A WHOLE TO SHOW THE STARK DIFFERENCE BETWEEN COACHES, HOW THEY GROUND THE SAME TECHNIQUES IN DIFFERENT CONCEPTUAL INSIGHTS, AND SO ARTICULATE VERY DIFFERENT MEANS AND MOTIVES OF DOING THE SAME THING. THIS CONCEPTUAL/TECHNICAL COMPARISON WILL ALSO HELP TO TEASE OUT WHAT EXACTLY MAKES A PARTICULAR STYLE OR GAME WHAT IT IS.

2018 camp will be our second annual team camp.  Head instructors from Workshop NYC, Workshop Honololu, Workshop PDX , and their teams coming together for five days of comprehensive instruction and training at Portland’s premier jiu jitsu training facility, Renzo Gracie Academy PDX. Friends from other teams are welcome to come train with us.

Larry Hope is a Brazilian Jiu-Jitsu black belt under Aaron Milam and Jin Yung. After training in NYC for years and receiving a black belt, he relocated to Honolulu, HI. He is dedicated to opening the minds of BJJ players in Hawaii to the infinite potential ways of playing and fostering a deeper understanding of manipulating a resisting body.

As a teacher of bjj, he guides his students to focus more on concepts rather than techniques, and he encourages them to make aesthetic decisions when constructing their own game, so that each student’s game is an outgrowth of his own or her own personality. He believes, ideally, our jiu-jitsu is an outgrowth of our personalities – he tries to foster that relationship in his students.

Prior to his bjj career Larry played soccer, played basketball, studied law, studied psychiatry and studied philosophy – all of which are key to how his jiu-jitsu has grown. By design, he has never competed in a bjj tournament. His unique background and lack of tournament play has given him a distinct outlook on bjj and distinct movements within in his bjj. He specializes in half guard play, truck play, wrist control, kimuras and back takes.

THE THEME OF THIS YEARS CAMP IS CONCEPT TO TECHNIQUE.

Seminars will be offered in both gi and no gi, and organized by each instructor.

Workshop Jiu Jitsu / RGA • PDX takes pride in building a friendly school to school relationships within the jiu jitsu community. Enrollment in Workshop seminars will be open to the public: all schools, all belts, at a variety of price points.

Team members in attendance will have access to all video footage in our Workshop technique library, an online recorded database of past seminars and instruction from all of our instructors. Select video footage may also be made available to the public via subscription.

Camp price of $250.00 includes all regularly scheduled classes at RGA PDX as well as all special seminars.

This year’s camp will be held in Portland Oregon.

If you are current student of Workshop Jiu Jitsu student from New York, Portland, or Honolulu, please contact us via this form for a discount code. 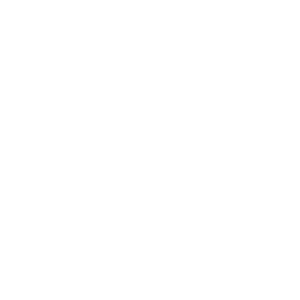